Ask Her to Stand: Five fast facts on Parliamentary gender imbalance and the path to progress 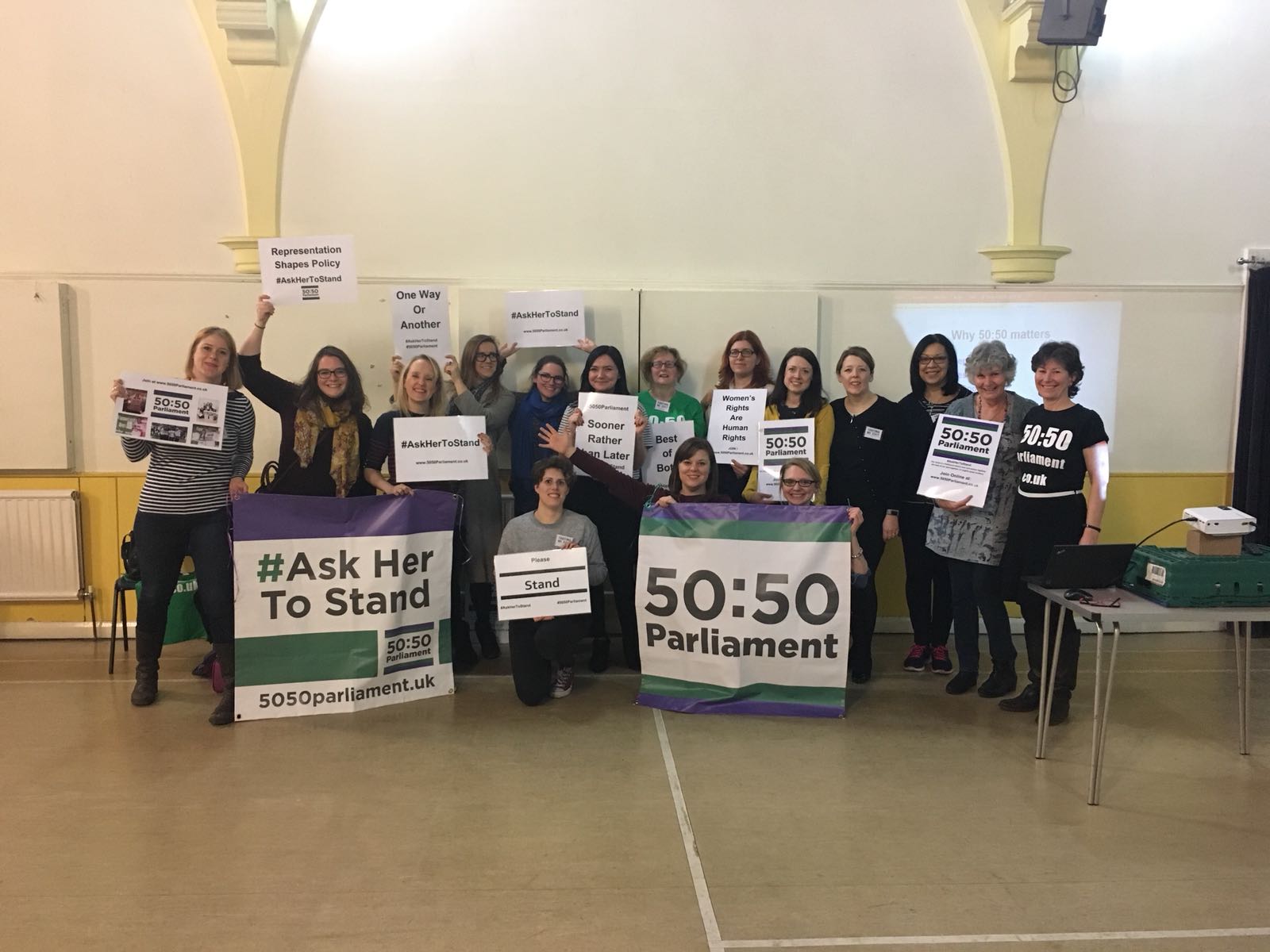 Hot on the heels of International Women’s Day, we were thrilled to host 50:50 Parliament for an informative and inspiring March meeting. In the 100th anniversary year of the female right to vote it couldn’t be more relevant that while the quest for gender equality has come so far, it is not yet over. Parliamentary gender balance is a crucial next step forward and 50:50 Parliament is dedicated to the mission of ensuring the British population is represented by the best mix of perspectives and talent by encouraging women to stand.

Here is how you can be part of the way forward:

Thank you 50-50 Parliament for the work you do and empowering our members with information. As a group united in the power of female collaboration, contribution and campaigning, Tooting WI is proud to spread the word of #askhertostand.

Visit to London Mithraeum, March
September Social: An evening of fun, food and a little crafting

1 thought on “Ask Her to Stand: Five fast facts on Parliamentary gender imbalance and the path to progress”