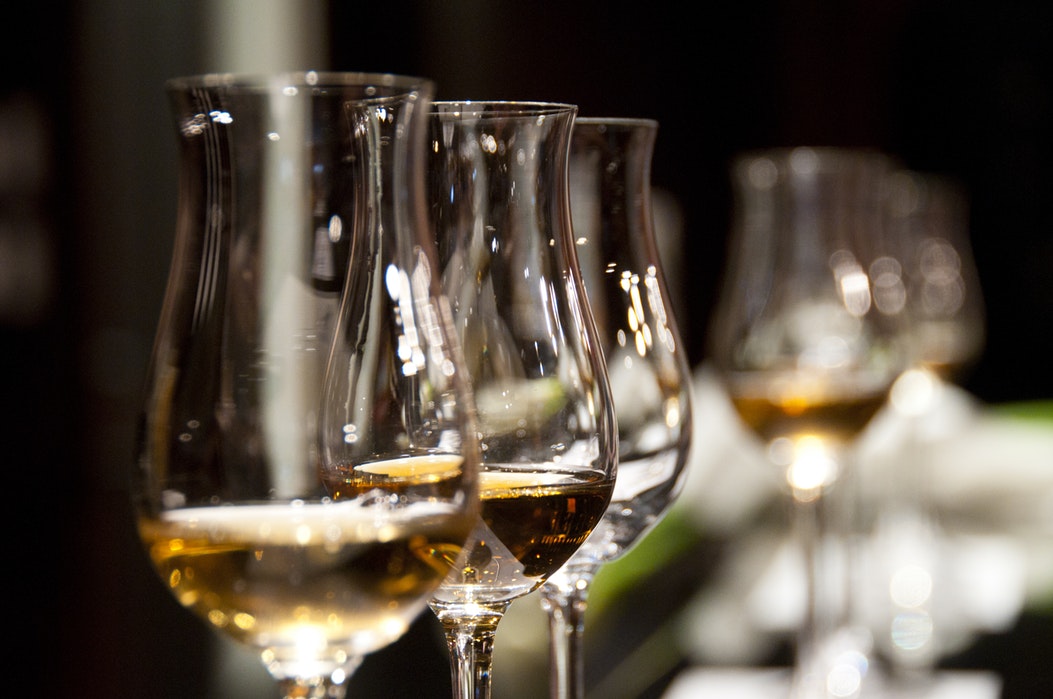 Ah, gin. You’d struggle not to notice that ‘mother’s ruin’ is having a bit of a moment these days, and Tooting WI were more than happy to support that with a gin tasting for our August meeting. Members could enjoy this meeting for free as part of their subscription whilst guests were welcomed along for a mere £6. £6 for six curated gins and guidance on how to enjoy them turned out to be understandably popular!

Helping us along on this adventure was Andy Bloomer, Wine and Spirits Manager at Fortnum and Mason.  Andy’s selection was a mixture of Dutch Genever-based gins, London gins, small-batch, commercial and non-alcoholic brands, and we also learnt about how gin is made, why it has previously suffered a bad reputation and what to enjoy it with. Each table had a plate of garnishes, and Andy explained the difference between ‘comparative’ garnishes (when a gin had a particular emphasis on a flavour, adding more of the same) or ‘contrastive’ (adding a flavour that isn’t already  part of the gin’s flavour profile). For example, the delicious ‘Pollinator’ gin is made in the only biosphere in Wales, using exclusively foraged herbs and botanicals, and as such does not have any citrus in it, but there is a citrus note in the flavour profile from limonene, which is found in the pine used in its production. Adding thyme or orange to this gin as a contrastive garnish complemented the flavours. On the other hand, Cotswolds gin is made using hand-peeled fresh grapefruit and we added grapefruit as a comparative garnish, which also complemented the lavender and heather aromatising the gin.

We also got to try some of the wildly popular ‘Seedlip’ alcohol-free spirits (only gin can be called gin!), the ‘Garden 108’ variety of which was delicious garnished with fresh peas, and we learned that creating this costs five times as much as its boozy cousins. We also learned why some gins go cloudy when tonic is added – this is because of the oils in the botanicals, which are particularly concentrated when the process has involved using them raw, and this effect is called ‘louching’. The question ‘why tonic?’ was answered – all the flavours (except juniper) in gin come from India, and drinking tonic water was already a good anti-malaria remedy for the British living there during the days of the Raj. I was interested to hear that a large number of gins have the same base alcohol, which is made in only around five places in London, including at Haymans down the road in Balham. Haymans runs tastings and cocktail classes, which the committee will be sure to check out and report back on!

We tried the following gins, which all came (with thanks) either from Fortnum and Mason, Selfridges or online: